Please complete the online quote request for a professional quotation provided to you by one of the Jim’s team.

The huge growth of the Jim’s Group over the years has been as a result of the hard work of our dedicated Franchisees.

Our Call Center is ready to help with all your enquiries 7 days a week. 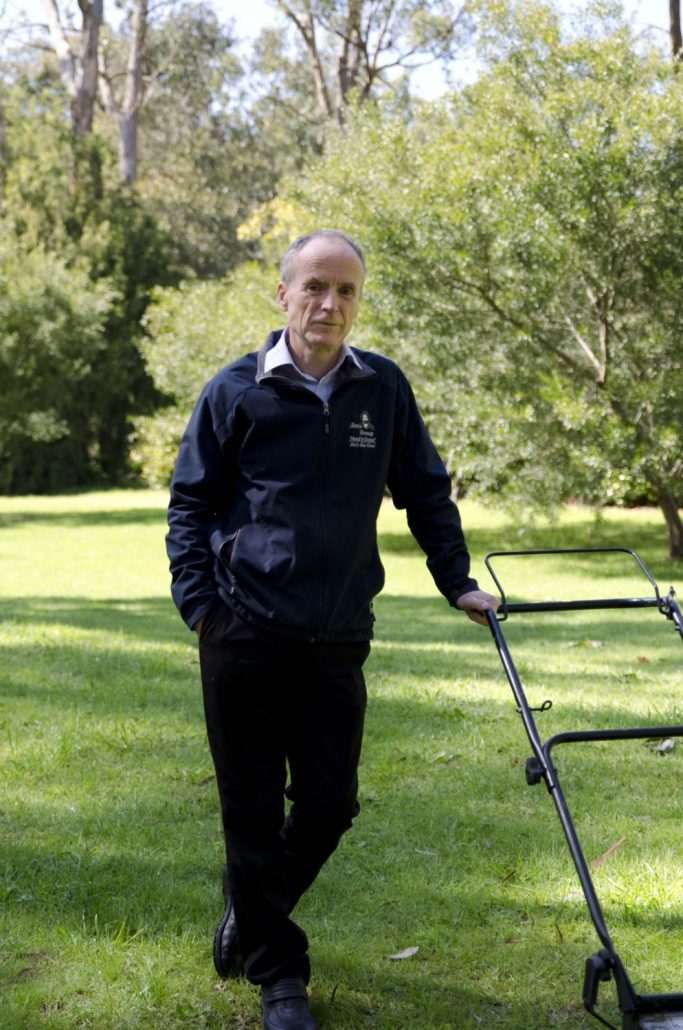 The origins of the Jim’s Group date back to the 1980s when Jim Penman was completing his PhD in History. Looking for a source of income to support his studies, Jim began mowing lawns. Instead of worrying about advertising and flashy gimmicks, Jim focused on customer satisfaction, finding the secret to success in a devoted customer base.

“I wanted customers to be so delighted that they’d recommend me and use me forever,” he says.

In response to the success of his mowing rounds, Jim began employing subcontractors to meet the growing demand. In 1982 he turned his part-time mowing job into a full time business, which he then began franchising in 1989. The Jim’s Group now has almost 4,000 Franchisees in four countries across over 50 different services.

From its humble beginnings, the Jim’s Group has grown into one of the most successful franchises in the world, with near-universal brand recognition in Australia. This growth does not look to be slowing either, with around 200 new franchisees joining each year.

The Jim’s Group now boasts one of Melbourne’s best conference centres which is used for meetings, functions and training for Jim’s franchisees and staff. Jim maintains that it is the franchisees that are key to the success of the group.

“The way we treat our franchisees, how we maintain quality, how we make sure they’re looked after, that they’re happy…that’s the innovative part of the system.”

There is no company-owned businesses and all work is done by licensed operators and Franchisees.

“To run a successful cleaning or mowing [business], you don’t have to be a genius,” Penman says, “you have to be somebody with good character … We are very selective, unless I’m convinced [a franchisee] will succeed, I don’t accept them.”

Jim remains the owner and full-time CEO of Jim’s Group. He is happily married with ten children, loves his work and has no plans to retire – ever! When it comes to the success of the Jim’s Group, Penman doesn’t believe there’s one magic ingredient.

““There’s nothing particularly clever about what I’ve done, it’s how we do it that matters … It’s not about brilliant ideas,” says Penman, “it’s thousands of little ideas. Every day I say, ‘How can I do this better?’”

want to be part of jim’s family?

We have a passion for customer service, and for this we need the best people. Our selection system rejects hundreds of potential Franchisees per year. We look for people with high standards who take pride in their work.

All over the World

Divisions to Choose From